The closest associates of Adolf Hitler were of the view that it was impossible to reach the core of Hitler’s being. Why? Well, there was nothing there worth knowing. There were a number of reasons for which Hitler, who at first seemed very close to conquering the world, lost the war. In 1939, the world went up into flames. When Hitler had started the invasion of Poland, most of the strongest nations in those times lacked the will to confront Hitler. More specifically, France and Poland only gave verbal warnings to Hitler in the start, but soon declared a war against Nazi journey. They were confident that both will be able to beat out Nazi Forces, but things turned out to be different. After sharing the Polish territory with Russia, the German forces moved their focus towards Britain. A whole new plan was created to invade Britain at that time. After covering a great mileage in no time, Hitler committed a mistake. This was not his last mistake, as throughout the war, Hitler did not listened to most of his supporters in the Nazi Party. The mistakes were so heavy that it cost Hitler the war and even the Greatness of the German nation. The Germany we see today is still making reparation payments to the allies and to those nations which they destroyed in WWII. So to make things a bit clearer, there are the 10 major reasons why Hitler lost the War. 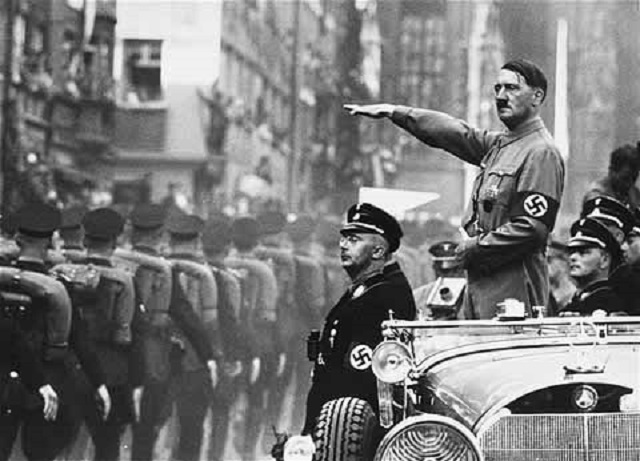 Britain was very close to falling to Nazi Germany. In the first few years of the War, Hitler’s armies and air forces were able to take the British towards exhaustion. The British RAF was being beaten badly by the German Luftwaffe. London was not far from the reach of the German forces, but suddenly, Hitler ordered a halt. He not only ordered his armies and generals to halt, but to pull back. Some veterans of the war are of the view that he did it out of respect for the British. He was of the view that the people of Britain were civilized and educated and in a number of ways, similar to Germans. A number of his military generals and advisors retaliated, but Hitler’s orders were considered the final word.

Invading a number of strong countries was a major mistake. If he hadn’t committed those mistakes, the world would have to fall to a Nazi Europe. Though he had been able to invade Paris and a number of major cities in the country, he was not able to maintain control of the territories for long.

When he had told Britain to sign a peace treaty and that the war should not continue, Churchill rejected this offer. In reaction, Hitler ordered the invasion of Britain. Had he not delayed this invasion, most of the British veterans, agree that he would have been successful. It is a fact that the British armaments and resources were almost close to an end. However, with the delays in the invasion, the British armies and air forces got a chance to seek out the help of USA.

The Axis only constituted Germany, Italy and Japan. The collaboration between Germany and Japan was quite limited primarily due to the long distance between the two countries. Japan, which was one of the strongest countries in those times, was also somewhat reluctant to offer a great deal of support and backup to Hitler.

It should be remembered that Jews had worked for Germany during the WWI. In fact, most of the German Jews had given their lives during the WWI. However, Hitler had always remained prejudicial towards them. He was not willing to accept the fact that Jewish scientists and planners were more competent than his own generals. Moreover, it is also believed that Hitler’s hatred for the Jewish physicists and scientists is a major reason for which he wasn’t able to develop an atomic bomb. It is for sure that if he had succeeded in creating such a bomb, the victory would have been his.

No matter which country or region, his armies conquered, Hitler had ordered the resources and manpower to be used for Germany. There were a number of regions, including Ukraine, who were fed up and against the Soviets. Hitler should have used their hatred for the Soviets and allies for his own purposes. Instead, his armies looted and tortured the people of these regions. As a result, the Ukrainians formed their own resistance against the Germans. It is evident that the German forces, though large in numbers at the start of the war, were distributed over a number of countries. Hitler desperately needed more manpower and resources.

The World War II was indeed a personal war for Hitler. He impulsively ordered the invasion of a number of countries at the same time. In addition, he had not control over the decisions taking by his partners, especially Japan. When Japan attacked Pearl Harbor, it was at this point, Hitler started losing the War. The reason is clear i.e. USA had jumped into the War. Initially, the United States was showing little interest in fully joining France, UK and other countries, but the hideous attack on Pearl Harbor, changed the course of the War. The American resources were really huge in comparison to that of the Germans. In short, resistance was coming from all sides. Germany seemed to be in the center of an invasion from all sides. The German forces first seemed to have an edge due to which they were using an offensive strategy, but from 1943 and onwards, they had no other option than to adopt a defensive strategy.

In his famous Book, My Struggle, Hitler had expressed his desired to regain the areas that were lost during WWI. Furthermore, he also wanted to regain his German manpower from the regions that were lost during the First World War. For this reason, he was forced to take a number of decisions at the same time. Most of his decisions were hasty, as the course of the War was changing at a rapid pace. It would have been best for him if he would have worked in collaboration with the conquered regions by given them some form of autonomy. In other words, he should have not looted the resources of different regions, especially Ukraine and Norway.

Hitler and Stalin were in some ways collaborating with one another when the invasion of Poland had started. But after losing the battle of Britain, Hitler made another major mistake. The invasion of Russia, the largest country of the world in those times and even still, was the point at which Hitler had signed his death warrant. It was practically impossible to invade the whole region. But the reward was really astonishing for Hitler. He knew the importance of Russia in terms of vast and most excessive oil fields. Yet again, the start of the invasion was really astonishing. His armies had got quite close to Moscow in no time, but here again, Hitler ordered for a halt. When his armies and generals got the orders to shift their focus of reaching and invading Moscow, which was the central line of communication and the capital of Russia, they were surprised and terrified. The reason was simple i.e. Russia was quite close to be conquered. Instead, Hitler ordered his armies in the center to be divided into 2 groups, 1 of which was ordered to reach Leningrad and one to Kiev. The delay of the invasion of Moscow really proved to be costly for the Germans. The winter season set in. The Germans were still in their summer uniforms, were simply not able to fight any longer. However, the Russians, were acquainted and quite used to the tuff cold. They moved forward and pushed the Germans back towards the borders. Moreover, the victory of the Russians or Soviets in Stalingrad was also the prime turning point of the War. Back in Germany, the false Nazi Propaganda tried to hide the defeat of the German forces in England and Soviet Union, especially at Stalingrad.

1. Not Using his Secret Weapons

When the war was coming to an end and Germany was being invaded from all sides, By Americans and Soviets, Hitler failed to realize the fact that he had a number of miracle weapons at his fingertips. In order to defend the country, it was crucial that the Luftwaffe was restructured and equipped with fast airplanes. The Germans had the 260 fighter planes. It has been reported the 260 was the first operational jet fighter of the world. It was 200 KMs faster than the fastest Allied Fighter. A number of allied pilots confirmed that the plane was really superior to their bombers and divers. There was nothing much they were able when they were first attacked by a 260. However, Hitler wanted to use the weapons for attack and not defense, so he failed to realize the importance of his jet airplanes. The 260s were quite limited in numbers in those times due to which they weren’t enough to deal with the ever mounting power of the allied air forces. That’s not all, Germany also had a number of jet bombers which were able to carry tons of explosives and bombs at amazing speeds. At the same time, German scientists had also been working on creating devastating cruise missiles and bombs, but failed. Now here is where Hitler might have realized the importance of Jewish scientists and physicists who were able to work with the Allies to give them miracle bombs and armaments. So it was finally the end of Hitler’s war. When the Soviet forces entered Berlin and when they were only a few miles away from Hitler’s private bunker, Hitler did the unthinkable. He wore a new Nazi uniform and committed suicide in his room. He also ordered his security troops and guards to burn his and the body of Eva Braun, his wife, after they had shot themselves. When the Soviets arrived, they did not find Hitler in one piece. They were only able to recover a few remains of his body.

It should be remembered that no matter what we might believe or hear about Hitler, he was responsible for the murder of more than 50 million people. He was a man who came from nowhere and in the end, disappeared into nowhere.