Your Are Here → Home → Events → 10 Amazing Facts about Thanksgiving

The best thing about Thanksgiving is that it is more than just showing your respects and gratitude for others. You might have made a number of plans for this occasion and if not, now is the best time to do it. There is a lot more to this day than you might have ever imagined. This traditional holiday has been celebrated for long in the US. However, some religious people argue that the day has lost its essence primarily because the followers have changed their preferences and needs. In other words, the entire purity of the day has been lost. Now here, I would like to say that it is not just with Thanksgiving, but with everything else in the world. No matter which religion we might talk about, all of them have lost their worth and value. I do not wish to dishearten you here, but it is a fact that we all need to accept. Here are 10 amazing facts about Thanksgiving. 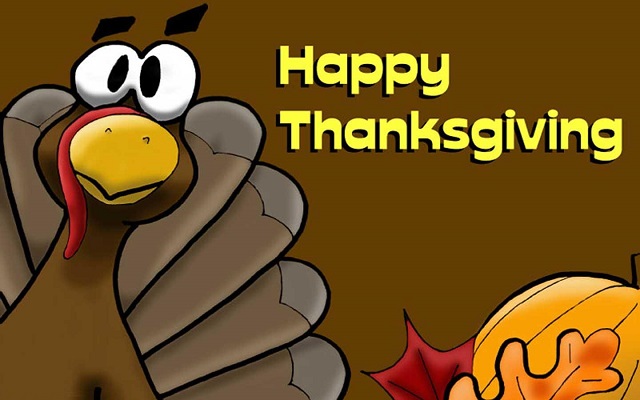 The president of the US is expected to pardon 2 turkeys on a yearly basis. The tradition is that he selects 2 random turkeys and then sends them over to a farm where they could spend their lives in a peaceful manner. Yes, no one in the whole world is allowed to cook them. One thing is for sure here i.e. Obama secures two votes each year.

There are a few presidents who desired that Turkey should have been the national bird of the country. The ones included in this preference are: Benjamin Franklin, Thomas Jefferson and some others. Both of them believed that this bird is of great significance for the United States.

If you have problem in knowing whether cranberry is ready to be eaten, all you need to do is throw it on the ground. Now if it bounces more than 4 inches, it means that the food is ready to be consumed. But be aware that you should not try this technique on other Thanksgiving recipes and dishes.

7. Not the November Event

It is a fact that this day was not always celebrated in the month of November. In the year 1939, President Roosevelt had moved the event one week earlier. His intent was to increase the profits earned by the shops and dealers. It was also an attempt to move the Christmas season up. But this move did not turn out well and was termed a huge flop. As a result, the move was reverted.

It is a fact that when most people are expected to feed 100 or more people. Now you might want to reduce to the number of people, but it is best if you do not get cheap on this great occasion.

Eating turkey is not only desired on earth, but also in space. The American astronauts love to have this dish no matter in which area of space they might be. The turkey dinner has been famous on many shuttles.

In the year 2007 it was confirmed by a number of sources that Americans consumed more than 695 million pounds of turkey. However, it should be argued that the poverty in the world exists because some people eat more than their share.

The day that immediately follows Thanksgiving is termed black Friday. The reason is the heavy rush of shoppers and pedestrians all over the country.

On the very first event, Turkey was nowhere to be seen. Instead, the food consisted of lobsters, eggs, onions, dried fruits etc.

In the early days of Thanksgiving, turkey was really cheap to buy. However, it is a part of the human psyche to make expensive everything that is useful. To read more about Thanksgiving facts, search the web or ask your elders.