Your Are Here → Home → Apps → 10 Most Popular games on Facebook

Looking for the most popular and the most played games on Facebook? You have come to the right place, as this list is dedicated towards sharing with you the games that make people use Facebook every now and then. It is a fact that there are millions who only prefer to use this social network for the purpose of playing the games. Most of them do so just to keep up with the missions of the game and to improve their rank on which they have been working for years and years. For example, if you play Mafia Wars, you will come to know about the importance of maintaining your rank, collecting your share of the properties and getting into a fight with other bosses. The one person who is at the top of the game really deserves it, as he or she has been playing the game since the first day. There are several other strategies which the Facebook officials use in order to keep the users engaged. Moreover, they also know very well how to exploit the information of the users with the assistance of the NSA freaks. Now here, I will not be criticizing NSA, but rather I will be telling you about the games which have made the users obsessed and crazy.

The best Facebook games are not only the ones which are the most played. There are several features which make the games worth playing and spending your time for, but in all, you need to give your professional and academic life a top priority as Facebook is not going to take you anywhere. The only thing you will be able to do is join some cocky and useless group, a social group, which is not social at all or a group with a noble cause-which in the end proves to be a personal cause. A lot more is going on Facebook-more than you can imagine. Some people happen to be skeptic about the games as well, as they believe the games are using there information and the data created is being stored for some hidden initiative. This might be true, as now most of the people in the world they are being observed through Facebook. With this said, here is a list of the 10 Most Popular Games on Facebook. 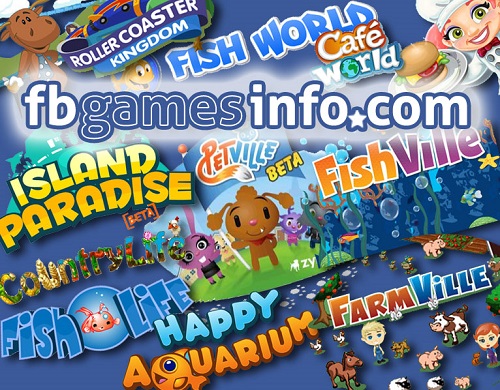 The game is more like a complete copy of the game Farmville, but still it has managed to generate a huge fan following. In fact, millions of Facebook users are now into playing this game. As the name suggests, you will be able to learn about cooking through playing this game.

If you always wanted to be a pet detective, then this might be the right game for you. Of course, you cannot be like Ace Ventura-the pet detective, but still you will be able to do a lot while going across the different missions of the game.

From bubble popping to banging, there is so much which you will be able to enjoy using this game. You will be offered a number of bubbles in different colors and formats. All you need to do is match them and then wait for the bang.

The game is all about three witches who are always in search of some bubbles for their home. The game might not seem to be interesting to you from the name, but trust me, you will enjoy it a lot.

I think every person loves dragons, primarily because of the long history which has been written in relation to them. You can hatch, grow and do anything with the dragons. Once they will be grown, you will be able to use them in competition with a friend.

Matching cubes, collecting diamonds and all other related stuff is all this game is about. The platform on which the game is being offered is also unique. Moreover, there are more than 65 million Facebook users who are quite into playing this game.

If you happen to be in scrabble, then this game might be the right one for you. Using it you will be able to interact with your friends in innovative ways.

Poker is a game which is liked not only in the virtual world, but also on Facebook. Yes, you won’t be able to earn some real money, but trust me you will enjoy it a lot. The game is all about the knowledge and skills you have about Poker. Furthermore, you will be able to compete with other players as well, some of whom will be much better than you.

In lines to the success of Farmville, the second version takes a step further. There are also many more fun activities and stages which you will be able to enjoy while moving across the varying levels of the game.

If you love candies and everything about them, this game is the best one for you. With more than 100 million players and with more and more pouring in every day, the game can also be played using the mobile platforms.