10 Most Likely Ways You Will Die

Death is a topic which many people want to avoid, but the truth remains that one day or the other everyone will suffer the same infamous fate. Life is so fragile and people should totally be aware of the things around them because they can cause serious problems. Every time people wake up in the morning they do not have the certainty that they will go back to sleep in the night. Even if it is hard to consider the topic, you need to be aware that these are the ten most likely ways you will die, unless there is something so totally unexpected that could not have been foreseen at all.

With a more unstable planet and the nature’s rage unleashed, there is a chance to be caught up in a natural disaster which will terminate life as you know it. From a strong tsunami to an earthquake, all these are possibilities that could end life. Other people will find themselves caught up in the middle of a tornado or hurricane with no way to get out. People might blame climate changes and global warming, but if you are at the wrong place at the wrong time there is a great chance to be killed by the raging forces of nature 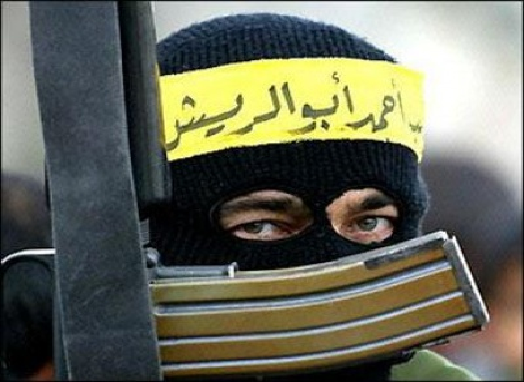 With an increased amount of terrorist activities both domestic and overseas, there is a slight chance to be right on the bus which will blow up or at the metro station where a deadly gas was released. This is all about timing and about a thing that is rather unpredictable. Of course that the government will do its best to protect you, but in many cases these threats are not taken too seriously until something bad happens.

Fires usually start from the negligence of people who leave children unattended or from a person who has thrown a lit cigarette in an unfortunate place. Things can really escalate from that point so there is a better thing to do than to take measures against it. Statistics show that most houses have a smoke detector which is useful in case of fire, but the problem is that most owners forget to change its batteries when they are no longer functional.

Traffic accidents are so often that more than a million people lose their lives on the roads. In many cases, the structures of the cars are too weak to support such shocks and most people die because their bodies are squashed by the force of the impact. Driving more carefully could prevent such things from happening and so could the harsher rules and laws for the ones who are not disciplined on the roads.

Even if many people disregard this because as they believe that they will never be victims of poison statistics show something different. Yearly, more than three and a half million people die from different types of poisoning. Some have problems with food poisoning, while others have ingested by mistake all sorts of poisonous substances. Children are the ones most vulnerable in this case and they need to be protected by removing all the dangerous things out of their way.

With a free liberalization of guns and weapons, it is likely that there is a lunatic who will start fire during that captivating movie or at a certain high school in a rather civilized community. Together with the civilian shooting, there is also the problem of the on-going wars in the world which take their toll of deaths in the conflict. The temptation to use guns is really big as they are fast and people would rather not think about the consequences of their actions.

The reasons why a person would commit suicide are usually associated with depression and a poor psychiatric state. This is rather a stupid action and it is common for the mentally unstable. It could be prevented with a really well-thought medical and psychological treatment and it does not need to be the end. It is estimated that over one million people kill themselves and in the next decade the number is likely to increase.

For the ones who do not know how to keep their life in privacy, social networking and internet interaction may in some cases lead to being murdered by psychotic obsessed people. This is why it is important to protect the identity of the people we love, like the children and to limit the access to it to vulnerable categories of people. Therefore, many parents avoid posting photos with their infants as they are afraid of serious consequences. It is also important not to give too many details about where you live and what things you do or own.

It is probably the slowest death of it all as there are substances in the daily food which can cause a slow but sure death. Many diseases are associated with poor diet and people all over the globe face rather than starvation an abundance of food. Of course there are the third world countries where people die of starvation and of lack of basic things, but also too many growth hormones and a rather unhealthy way of living can cause major damage to the organs and lead to death.

Dying of old age is probably the primary cause of death within the human race. Old and gray with an entire life behind, this is how the lady in black will find most people. Some will be surrounded by family, while others will die alone on a hospital bed or their own house. Natural death is actually caused by the decaying of the body which at one certain point has had it enough. Probably many believe that they will not get there in such a hectic world, but the chances are that most will die happy in the bosom of their families and be remembered for a while, then well forgotten.