Ayrton Senna is considered by many as the most dominant and successful Formula 1 Driver of all time. It was about 20 years ago that he had been killed in an accident at the cursed Tamburello Corner during a race in San Marino. It should be noted that his death had been subject to many years of investigation. However, no conclusive results were found even at the end of the investigation. I have conducted some research of my own in order to make a post on the life of this great sportsman. Here are the 10 facts about the life of Ayrton Senna. 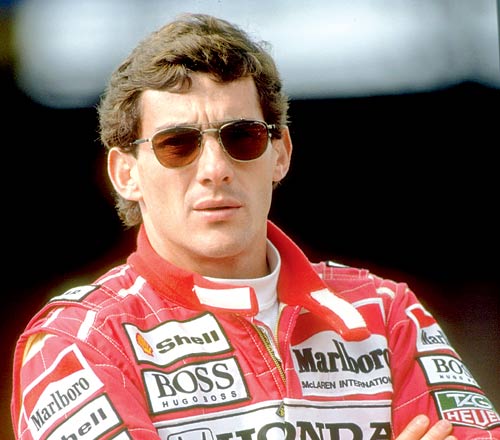 The Monaco Grand Prix has always been considered one of the toughest and most demanding tracks in the world of Formula 1 Racing. Senna had made his debut on this track. Many experts say that this very 1st race of his was his one of his best drives ever. During the entire race, although being a rookie, he was able to leave behind many competent and experienced drivers. He was very close to the veteran racing driver, Alain Prost, when the rain got more intense. Prost retaliated to the officials about the rain being too intense. It seemed impossible to drive on this track in such a heavy rain. However, it should be noted that on that very day, Senna was not the fastest driver on that track.

9. The King of Monaco Grand Prix

There is no doubt in saying that Senna was the master of driving on the Monaco Track. He was able to secure the 1st position in the Monaco Grand Prix a total of six times. The reasons behind his success on this track was his intensive introspection and a never ending love for the sport. His brilliance as a racing driver was often associated with his superior intellect and charisma. He had always tried hard to push beyond his previous records in order to test himself.

8. Raised in a Wealthy Family

He had been born into a famous and rich family in Brazil. It is evident that he did not need to race for the money. Most of the formula 1 drivers are the ones who seek a great deal of money for their performance. Senna was amongst the few racing drivers who raised for their love and passion for the sport. Many racing analysts and former racing drivers assert that he used to win most of the times as he had nothing to lose.

A strong reason behind him being ranked among the best formula 1 drivers of all time was his stats. Till 1994, he held most of the major records. Whether it be securing the most number of pole positions or Grand Prix Wins, there was no one even close to what he had achieved. It is important to note he had achieved all of these records in only 162 Grand Prix Entries. Now if we consider the time difference between the present times and the era in which Senna raced, we will be able to grasp the fact that he was indeed the greatest and most gifted driver.

Senna had spent most of his earnings on the education of the poor children in Brazil, still a number of people tried to defame him. As he had been involved in controversial relations with super models, actresses and TV stars, some of them tried to launch a smearing campaign against him. One such attempt had been made by a former model and a girlfriend of Senna’s. After his death, she claimed that her daughter was actually the child of Senna. She also mentioned that they had been dating for more than 2 years which ended due to the untimely death of Senna. However, she was proved wrong after a DNA test confirmed that Senna was not the father of the child.

He had secured the world title for a total of three times. He also held the record for being the youngest Formula 1 Champion in the history of the world. However, the record has been broken by the German Racing Ace, Sebastian Vettel. It is also being expected that Vettel will be able to secure the most number of world titles as he is still very young in comparison to Schumacher and Senna.

It might sound weird, but Senna more often mentioned that he drove with a firm belief in God and through his instincts. When asked about this consistent records on the Monaco Track, he more often said, “Whenever I drive on this track, it is something instinctual and beyond the regular stream of consciousness”. This claim of his was often criticized by many formula 1 drivers, especially by his all-time rival, Alain Prost. Prost often criticized the racing style of Senna and said that he is a danger to all Formula 1 Drivers.

2. Acquittal of the Guilty

He was driving for Williams Renaults at the time he was killed. As he had died in Italy, the case was subject to a detailed investigation of the race track. The entire team of the Renaults was charged with man slaughter. It took a number of years for the evidence to be gathered. The court had also ruled out that the corner where Senna’s car slipped into the wall was not that dangerous. Something indeed went wrong with this car. Some of the analysts were of the view that the steering wheel might have jammed. The main culprit behind this accident was the chief engineer, Patrick Head. Investigators also reported that the car had been modified in a very poor and hasty manner which led to the death of the World Champion. It is quite unfortunate to note that no one was convicted officially.

He was, undoubtedly, the deepest thinker in the history of the sport. One can even write a whole book on the philosophical concepts and assertions of Ayrton Senna. He also had a great deal of concern for the people of his nation. Unlike most other stars who used to hide their Brazilian Origins, Senna embraced his nationality. He was quite famous all over the country primarily due to his love and kindness towards his own people. What’s more astounding is to note that he had shared his concern about the Tamburello Corner with a fellow driver, Gerhard Berger. He had explicitly told him that someone is going to die while racing across this corner. Whether you believe it or not, he was the one who died at the exact same place around 5 years later.