Next time you’re thinking about spending an evening in the company of an online casino such as www.ladbrokes.com, take a moment to consider these huge casino winners and then make sure you’re at the table sooner! 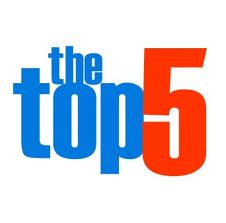 Mike Ashley wins big (not by buying Newcastle United)
His term as owner of the Magpies has so far have been riddled with controversy, but it may be that Mike Ashley used up all his good luck when he popped down to a Mayfair casino in 2008. Having placed a bet on ‘17 to the maximum’ he then walked away with one and a half million pounds! A maximum bet is not only extremely unlikely to pay off, but it’s expensive too – it involves betting on every single outcome of a wheel spin that involves 17 – straight-ups, splits, streets and corners among others.
The Spanish record producer
Here’s a tale of an unsuccessful record producer who had more luck from spinning a different kind of disc. Gonzalo Garcia-Pelayo chanced his luck at Casino de Madrid in the early 90s, and ended up amassing wins totalling over £600,000 in one night – going on to become a casino millionaire shortly after. His secret? That through years of use and lack of upkeep, the roulette table they used had become worn down and offered a slight bias in the numbers it came up with as a result. Garcia-Pelayo took note of this and thoroughly analysed the results it was producing. Using computer software he was then able to determine which numbers were ‘hot’ and bet on them accordingly. After the casino took legal action against him for cheating, a judge sided with the defendant and blamed the casino for not keeping their own House in order.
Red or black?
One lucky gambler staked all he had – and we mean all. In 2004 Ashley Revell sold off all his worldly possessions and took a trip to Las Vegas to bet it all on one spin of the roulette wheel. Ashley ended up betting over $130,000 on red – and it paid off! Ashley doubled up and has since bought his stuff back, we assume!
Predicting the future
One day in 1989, a Welshman walked into his local bookies and placed a rather bizarre novelty bet. He was given accumulative odds of 6,479/1 on a £30 wager that by the year 2000, U2 would still be making music, Cliff Richard would be knighted, Eastenders would still be shown on the BBC, and two Australian soaps would still be screened in the UK. A couple of days into the new millennium, the plucky gambler walked away with almost £200,000!
Isn’t that lucky!
One Northern fan of the horses put down only 50p in February 2008 – and “parlayed” it into a million! He placed his bet at the local bookies on an eight-race accumulator during a day’s worth of race meetings. We imagine that that was rather a tense afternoon for all involved!